I don't know how many parts will be included in this series, but I figured I would write while I was feeling vulnerable and brave.

This one is gonna be a doozie, so we're gonna do the bandaid trick and rip it off.  I wasn't a virgin when I got married, neither was my husband.  If you know me personally or have read all of my posts than most likely you know that about me, but I had to start with that to preface what I'm going to write about.

If there is one thing I could do for my marriage, I would erase our sexual sin.  Don't get me wrong, Jesus paid the price and we are forgiven in every sense of the word.  He forgave us, we forgave one another, and we've forgiven ourselves.  However, sin has a tricky way of rearing it's ugly head.

When we each had sex outside of marriage we gave pieces of ourselves away.  Pieces we can't get back. Sex and the intimacy surrounding it was made for marriage and marriage alone. We have had the who, what, where, and when conversations and they are not for the faint of heart.  Because we were High School sweethearts we know/knew most of our ex boyfriends/girlfriends.  And because we still live in the town we met and married in, on occasion run into said ex boyfriends/girlfriends.  It can be awkward and painful, and it could have been avoided.  Not the run away and hide my head in the sand avoided, but the chose the path God intended for you way.

One particular boyfriend/girlfriend, you know 'the' boyfriend/girlfriend...the last guy/gal you dated before you met, dated, and married your spouse..sometimes that one is the hardest to forgive.  Randy pursued me while I was still dating this particular guy and we broke up shortly after that (fyi: not because of Randy).  Newly single, my husband saw his opportunity and two months after my break up I gave in.  I'm so thankful for God's love for me that through unusual circumstances I was led to the right guy for my heart!

So anyway like I said before, sexual sin is a tricky thing.  My heart hurt for many years that I wasn't able to fully give to Randy my whole heart...pieces were missing.  Please understand, I was not romantically tied to these previous relationships, but none the less I gave away pieces of myself God asked for me to save for my husband...a husband HE chose for ME.

In time that last guy got the best of me.  For whatever reason, I set out to track him down and ask for forgiveness for this sexual sin against God and him.  You see I took something from his future bride, too.  I can't explain (again) the guilt I felt.  I know someone reading this is completely confused.  I am in no way saying these feelings were justified, nor an I saying you need to repent of this sin to a former bf/gf. For me, I just had to do something. So, he responded politely to the email and that was that.

Enter the wonderful world of Facebook and their lovely friend requests.  Yep, you guessed it he requested my friendship.  I knew then what I needed to do.  I have no idea what his intentions were and I never will.  More than likely he honestly wanted to be friends. But, I've learned through far too much heart ache the grip of sexual sin. Sin is cunning, manipulative, and devastating. I knew right then and there I had to shuck my pride and I responded (this is the exact FB email):


Hey, I wanted to send you a quick note so you don't think I'm a total jerk. I know I was the first to reach out and contact you a few years ago. It was completely innocent, as I'm sure your request to be friends on Facebook is. To be honest when I sent you the email a few years back I didn't consult Randy and in retrospect really didn't honor him or our marriage in the process. I don't want to make that mistake a second time, so I'm going to decline your request to be FB friends. I KNOW this sounds overtly dramatic and I don't intend it to, but I made too many mistakes in the past to lightly disregard what could potentially harm my marriage. I truly wish you the very best and hope you are happy and healthy!

Jenni
This seems like a really little thing to a lot of people, but to me it was more that an apology five years ago and more than a FB request recently.  It was me taking back the power sin had over me to believe the lies that because of that sexual sin I hadn't surrendered all that I am to my husband.  Because God covers a multitude of things, I know my covenant of marriage is whole, no pieces missing.
I still believe that the temptation of sexual sin gravely affected my marriage.  I can't change that.  What I can change is any opportunity for the enemy to have a foot hold in my thoughts to allow something to harm my marriage.  I can use this as motivation to teach my children the gift of being a pure bride/groom for the spouse God chooses for them.  I can teach them about appropriate relationships for marriage.  And hopefully, I can share with you and others the bondage sin has when we give it the power.  Marriage is a gift, guard it with your life.

I so admire you and I am so thankful to have read that. Thank you for putting yourself out there and writing this post. I pray that many people come across it as it is a message that many need to hear.

Thanks for the card and note cards, too! I am about 3 months behind in cards so please forgive me for not being on the ball. I am taking next week off so I hope to catch up (a little!).

I am sorry Jenni. 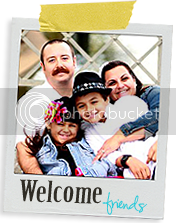